Newsflash: today is the last day of the rate frenzy! You have until midnight tonight to get more bang for your travel money buck and make the most of our frenzy rates. The code is automatically applied when you purchase, so don't worry about adding a discount code either.  Extra cash for your holiday seems like a pretty good way to start the weekend if you ask me.

In other, less frenzical, news, the Kiwi dollar has had an interesting week. It is still feeling the impact of trade decisions, domestic data and a looming global economic slowdown. With this in mind, one Kiwi Dollar will currently buy you:

Don't forget to add Rate Guard to your currency exchange in store! It's free and will protect you against rate movements. If your rate improves within 14 days of purchase, we will refund you the difference*.

This morning New Zealand's retail sales figures for Q2 were released and came in slightly lower than expected. Sales grew by 0.2% compared to the 0.3% consensus and were driven primarily by the 5.0% increase in electrical and electronic goods. Despite coming in lower than expected, the figures did not weigh heavily on the value of the Kiwi dollar. The lack of rate impact is good news for Kiwi travellers that are already grappling with a pretty low NZD.

On Thursday the NZD weakened against the USD as fears over a global recession continue to put downward pressure on commodity-linked currencies like the Kiwi dollar. This particular decrease was provoked by weak data out of Japan, the US, Germany and the EU; not to mention the continued uncertainty around the US-China trade war.

On the US/China trade war front, Trump tweeted that "We are doing very well with China, and talking!". This tweet has once again fostered new hope regarding a resolution to the trade war. We have been here before though, and conditions (and Trump's mood) have soured just a quickly as they have improved, so we are by no means in the clear yet.

US commerce secretary, Wilbur Ross, has delayed the ban on US companies doing business with China's Huawei for another 90 days to give US business' a chance to adjust. Despite this delay, the US is still set to impose a 10% tax on another $US300billion worth of Chinese imports into the US on September 1.

The USD marked gains against several currencies despite warnings at the start of the week that the US economy is heading towards a recession. Perhaps it has adopted the 'everything is fine' attitude of their fearless leader.

In regards to US interest rates, a growing number of Federal Reserve presidents have said they are reluctant to cut interest rates further in the coming months. Many believe the economy is sitting quite neutral and would like it to remain that way for a while. Currently, there is a split in opinion among Fed board members, so their next meeting and corresponding commentary will prove interesting.

Unlike the Kiwi dollar, the pound saw a lift against the USD overnight which, in turn, cause it to strengthen against the NZD. Bad news for us, but I think we can give the Poms a break considering all of the Brexit shenanigans they have had to endure.

On the Brexit front, UK Prime Minister Boris Johnson flew to France and met with President Emmanuel Macron. Johnson set forth some requests, or rather some demands to negotiate a brand new Brexit deal before the October 31 deadline. This deal would, Boris hopes, include removing the Northern Ireland backstop. While German PM Angela Merkel has said it could be possible to renegotiate the backstop before October 31, Macron declined Johnson's demands, stating it would be hard to draw up a deal significantly different to the one currently in place.

Despite Merkel's optimism, at this stage, the UK is still headed for a hard-Brexit (a.k.a leaving the EU with a no-deal) on October 31.

Johnson's demands come after new information was leaked at the start of the week saying that, should the UK leave the EU without a deal on October 31, EU citizens will not lose the right to live and work in the UK immediately. Despite new Home Secretary Priti Patel wanting to end free movement immediately, there is not enough time to completely replace current immigration rules.

Markets expect a group of cross-party MPs will use the House of Commons session on September 9 to legislate against a no-deal Brexit by requesting another extension to the deadline. Whether this gets approved by the EU is a whole other question entirely.

All in all, this week was a bit of a mixed bag for the Kiwi dollar and global financial markets. All I know is that the bonza Clicky Frenzy rates won't stick around for long.

This blog is provided for information only and does not take into consideration your objectives, financial situation or needs.  You should consider whether the information and suggestions contained in any blog entry are appropriate for you, having regard to your own objectives, financial situation and needs.  While we take reasonable care in providing the blog, we give no warranties or representations that it is complete or accurate, or is appropriate for you. We are not liable for any loss caused, whether due to negligence or otherwise, arising from the use of, or reliance on, the information and/or suggestions contained in this blog. All rates are quoted from the Travel Money NZ website and are valid as of 23 August 2019. *Terms and conditions apply to Rate Guard. Seehttps://www.travelmoney.co.nz/rate-guard for more information. 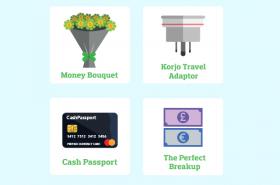 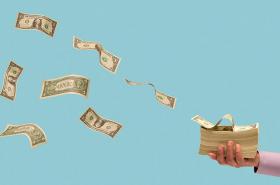 The History of Money around the world
News & Other 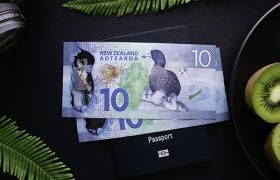 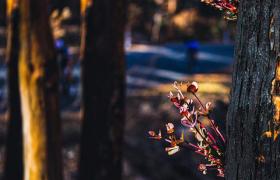 How and where to travel to help Aussie Bushfire victims
Travel
14 February 2020
At Travel Money NZ, we are incredibly lucky to live and work
Read Time: 5.4 mins 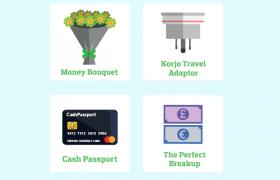 The Travel Money NZ Valentine's Day gift guide
News & Other
11 February 2020
This time of the year means something special is in the air.
Read Time: 3.9 mins