What better way to close off a Friday then with the news that the NZD was boosted! I mean, a cold beer at 5 pm is also pretty good, but if you’re a traveller, then a stronger Kiwi dollar is very welcome information. So, without further ado, one Kiwi dollar will buy you:

Protect yourself against changes in the NZD with Rate Move Guarantee. It’s free, and if the rate improves within 14 days, we will refund you the difference*.

So, why is the NZD doing well?

On Tuesday the Reserve Bank of New Zealand (RBNZ) cut their inflation expectations from 1.86% to 1.8%. This decision led markets to believe this would also result in a cut to interest rates. However, during their monthly meeting, the RBNZ surprised everyone and kept interest rates on hold at 1.0%. This was welcome news for the Kiwi dollar, which experienced upward pressure as a result. The RBNZ commented on the decision, saying “Rates were kept on hold because economic developments since the August statement did not warrant a change.” While they kept rates on hold this month, they indicated that future rate cuts are on the agenda if short-term risks become more apparent.

The boost in value means the Kiwi dollar is currently trading higher against most currencies compared to this time last week, which is excellent if you need to purchase some foreign currency.

It is, however, worth noting that the NZD will start to see some pressure from weak Australian domestic data and the lack of developments in the US/China trade war.

This week employment data for October was released. Markets expected an extra 15k jobs were created, keeping the unemployment rate on hold at 5.2%. Instead, Australia was hit with an unexpected loss of 19k jobs and a rise in the unemployment rate to 5.3%. This is the first negative month of 2019. Further to this, wage growth also slowed to 2.2% in the year to September 30.

As you can imagine, this data is not good news for the Australian economy or the Aussie dollar. The economy is currently experiencing weakness as a result of poor business investment and household consumption, an increasing unemployment rate coupled with decreasing wage growth does not help the situation. If people aren't employed or experiencing wage increases, they are not spending as much, thus putting the breaks on our economic growth.

This week's data has increased the chances of another interest rate cut from the Reserve Bank of Australia. Markets are currently pricing a 64% chance of a 25 basis point rate cut in February, and a 30% chance of a cut in December.

Another interest rate cut spells bad news for the Australian dollar and, in turn, the Kiwi dollar. The NZD tends to follow the AUD’s lead, so a decrease across the pond is not always great for us here in NZ.

The New Zealand and Chinese economies are intrinsically linked, so the weak data that came out of China this week added another potential layer of downward pressure to the Kiwi dollar.

Further to this, after last week's high hopes of a trade agreement between China and the USA, reports overnight are slightly less positive. The Wall Street Journal reported that China was cautious about committing to the numerical targets, and the Financial Times released that both countries are struggling to complete a Phase One deal. Currently, senior officials in Washington and Beijing are jostling over intellectual property provisions, agricultural purchases and tariff rollbacks. Considering they have been negotiating all week and there is no sign of significant progress, it could spell more bad news for the trade war and Kiwi dollar.

US economy is performing well

While the Aussie and Kiwi economies are feeling pretty sluggish, the US economy seems to be experiencing some growth. So much so that US Federal Reserve Chair Jerome Powell said: "the risk of the US economy facing a dramatic bust is remote". All in all, he believes the recent economic expansion in the US has stable footing.

All in all, the combination of weak Aussie and Chinese data and uncertainty around the Trade War has left markets cautious. This is bad news for riskier investments like the AUD and NZD that thrive in 'risk-on' markets that result from more stable global economic conditions.

With the RBNZ meeting out of the way, we recommend travellers keep an eye on what happens with the trade war as it is most likely to have the biggest effect on the value of the NZD.

This blog is provided for information only and does not take into consideration your objectives, financial situation or needs. You should consider whether the information and suggestions contained in any blog entry are appropriate for you, having regard to your own objectives, financial situation and needs. While we take reasonable care in providing the blog, we give no warranties or representations that it is complete or accurate, or is appropriate for you. We are not liable for any loss caused, whether due to negligence or otherwise, arising from the use of, or reliance on, the information and/or suggestions contained in this blog. All rates are quoted from the Travel Money NZ website and are valid as of November 8 2019. Terms and conditions apply to Rate Move Guarantee. 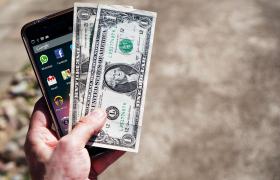